March is set to bring with it a host of exciting Cineworld movie releases. From epic blockbusters to must-see family treats, here's everything headed your way this month.

Disney-Pixar returns with a heartwarming road trip odyssey, set in a fantastical land where the individuals have become complacent about magic. Chris Pratt and Tom Holland voice the elf brothers who seek to bring their late father back to life via a special spell. The only problem is, it brings back his bottom half and not his top half, and they've only got 24 hours to complete the spell, prompting a cross-country journey in van Guinevere. Octavia Spencer and Julia Louis-Dreyfus round out the voice cast.

Kristin Scott Thomas and Sharon Horgan are the chalk and cheese leaders of a military wives' choir in this heartwarming drama. While their husbands are away serving overseas, the understandably anxious spouses decide to form a choir to cope with the pressure. The movie is loosely based on the formation of the first-ever UK military wives' choir and is directed by The Full Monty's Peter Cattaneo, no stranger to pulling on the old heartstrings.

Click here to book your tickets for Military Wives.

The chaotic backdrop to the 1970 Miss World competition informs this inspiring drama, which features an all-star cast. When the Women's Liberation movement protest against the sexism of the competition, and its controversial host Bob Hope, they cannot foresee the fallout. Meanwhile, within the contest itself, hopeful Miss Grenada is battling against systemic prejudice to emerge as a contender. Keira Knightley, Gugu Mbatha-Raw, Greg Kinnear, Keeley Hawes, Jessie Buckley, Rhys Ifans and Lesley Manville all star.

Guardians of the Galaxy and Spectre star Dave Bautista exercises his comic chops in this knockabout action-comedy. He plays a highly-skilled secret agent who comes unstuck when a plucky young girl blows his cover. The only option: they must learn to work together in order to defeat the bad guys, as he passes on his super-spy skills.

Prepare to hold your breath all over again in John Krasinski's sequel to his 2018 horror hit. Emily Blunt returns as tenacious wife Evelyn, who along with her children Regan (Millicent Simmonds) and Marcus (Noah Jupe), must now venture beyond her home into a world filled with rampaging monsters that hunt via sound. Cillian Murphy and Djimon Hounsou are among the new cast members in this expansion of the chilling movie universe – just remember not to munch or rustle while it's playing...

Click here to book your tickets for A Quiet Place: Part II.

The most ambitious and expensive (budget: $230 million) live-action Disney remake so far comes to the big screen this March. Mulan is based on the popular 1998 animation, but this sweeping epic has ditched the songs and dragon sidekick Mushu to emerge as a 'wuxia' movie (a combination of martial arts and fantasy). That said, Christina Aguilera has recorded a new version of her lung-busting hit 'Reflection', and it's faithful to the original conceit. Liu Yifei is the young woman who takes her father's place in the Chinese army to battle an insurgent threat, the excellent cast also including Donnie Yen, Jet Li, Gong Li and Jason Scott Lee.

James Corden is back as the resourceful and cheeky bunny in this sequel to the 2018 family blockbuster. Having made peace with farmer McGregor (Domhnall Gleeson), the irrepressible Peter now starts to wonder about his place in the world. When he travels to the big city and contemplates leaving the beautiful countryside forever, it falls to his friends to go and get him back. Author Beatrix Potter's beloved creations are again brought to life by an all-star voice cast, including Elizabeth Debicki and Margot Robbie.

How many of these movies are you planning to see in Cineworld? Let us know @Cineworld. 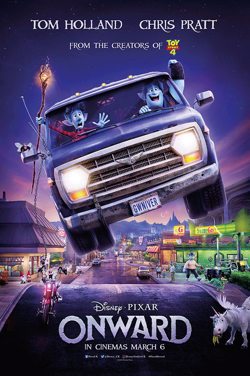