There's still time to book your tickets for tonight's Unlimited Screening of Stillwater – and this is one you don't want to miss!

Directed by Academy Award winner Tom McCarthy (Spotlight), this action-packed thriller stars Matt Damon as a roughneck oil worker from Oklahoma whose life is turned upside down when he finds out that his estranged daughter has been jailed in France for a murder she claims she had nothing to do with.

Cue 140 minutes of high tension and drama as Damon's character travels to France in an attempt to clear his daughter's name. With complicated legal issues, language barriers and cultural differences to overcome, it turns out to be the biggest challenge of his life.

Co-starring Academy Award nominee Abigail Breslin (Little Miss Sunshine), Stillwater is a powerful and thought-provoking story that will stay with you long after the credits roll...

Stillwater is showing at Unlimited Screenings in Cineworld cinemas tonight (3 August). To book your tickets, click here. The film goes on general release at Cineworld on Friday.

If you do go to see Stillwater, we'd love to know what you thought of it! Drop us a line @Cineworld. 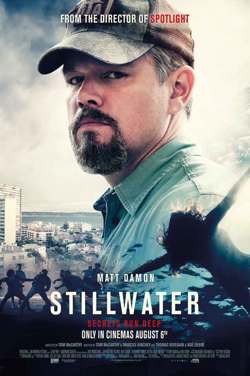