Home Blog list page Cineworlders cast their votes on who should play the next Bond!

Cineworlders cast their votes on who should play the next Bond!

The internet is abuzz with speculation this week as Bond actor Daniel Craig is rumoured to be quitting the 007 series for good. Whilst nothing is confirmed as yet, it has got everyone thinking: who should be the next James Bond?

Take part in our Twitter poll to cast your vote on the following British stars: Tom Hardy, Idris Elba, John Boyega or Tom Hiddleston. We've already had some very interesting responses including this one from Stevie who plumps for Idris and also somebody else...

@cineworld didn't know this was a poll tweet where of course #IdrisElba gets mine but what about #EmilyBlunt as the first true #BondGirl?

We'd love to see that! Fellow Tweeter Richard's already thinking way ahead when it comes to potential actors.

@cineworld Hardy will get the Wolverine role so doubt he'd do both. Idris Elba would be a good choice.

In the immortal words of Queen, EisObris believes there is only one.

@cineworld None are suitable, closest to the character is Hiddleston though.

In fact, the poll has been leaving many feeling shaken and stirred including this observation from John.

@cineworld a complete unknown would be good, just make sure he can act we don't want another Lazenby.

And as far as Simon Pegg (no, not that one) is concerned, the best candidate doesn't even feature on our shortlist.

@cineworld
None of those for a start. Standalone pic first (older Bond) then reinvent with Aidan Turner, to stop direct Craig comparison

Thanks for your responses, guys – keep them coming! 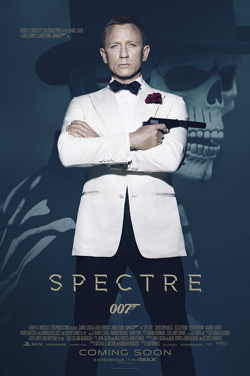 Marvel's Chris Evans on why Captain America: Civil War is not an Avengers movie