Enjoy a family visit to Cineworld during the school summer holidays. Scroll down to discover what's on.

The Croods have survived their fair share of dangers and disasters, from fanged prehistoric beasts to watching their daughter get heart eyes over a new boyfriend. But now they face something that will shake their pack to its core and make them reconsider everything they hold true: another family. The Croods need a new place to live. So, the first prehistoric family sets off into the world in search of a safer place to call home. When they discover an idyllic walled-in paradise that meets all their needs, they think their problems are solved ... except for one thing. Another family already lives there: the Bettermans.

Click here to book your tickets for The Croods 2: A New Age.

When NBA champion and cultural icon LeBron James and his young son Dom (Cedric Joe) are trapped in a digital space by a rogue A.I. (Don Cheadle), LeBron must get them home safe by leading Bugs Bunny, Lola Bunny and the whole gang of notoriously undisciplined Looney Tunes to victory over the A.I.’s digitized champions on the court: a powered-up roster of NBA and WNBA stars as you’ve never seen them before. It’s Tunes versus Goons in the highest-stakes challenge of his life, that will redefine LeBron’s bond with his son and shine a light on the power of being yourself.

Click here to book your tickets for Space Jam: A New Legacy.

Inspired by the famous Disneyland theme park ride, Disney's Jungle Cruise is an adventure-filled, Amazon-jungle expedition starring Dwayne Johnson as the charismatic riverboat captain and Emily Blunt as a determined explorer on a research mission. Also starring in the film are Edgar Ramirez, Jack Whitehall, with Jesse Plemons, and Paul Giamatti.

Click here to book your tickets for Jungle Cruise.

An epic adventure about a headstrong girl longing for a place to belong who discovers a kindred spirit when her life intersects with a wild horse, Spirit Untamed is the next chapter in the beloved story from DreamWorks Animation. Lucky Prescott (Isabela Merced, Dora and the Lost City of Gold) never really knew her late mother, Milagro Navarro (Eiza González, Fast & Furious Presents: Hobbs & Shaw), a fearless horse-riding stunt performer from Miradero, a small town on the edge of the wide-open frontier. When a heartless horse wrangler (Emmy nominee Walton Goggins, FX’s Justified) and his team plan to capture Lucky's beloved mustang Spirit and his herd and auction them off to a life of captivity and hard labor, Lucky enlists her new friends and bravely embarks on the adventure of a lifetime to rescue the horse who has given her freedom and a sense of purpose, and has helped Lucky discover a connection to her mother’s legacy and to her Mexican heritage that she never expected.

Click here to book your tickets for Spirit Untamed.

The PAW Patrol is on a roll! When their biggest rival, Humdinger, becomes Mayor of nearby Adventure City and starts wreaking havoc, Ryder and everyone’s favorite heroic pups kick into high gear to face the challenge head on. While one pup must face his past in Adventure City, the team finds help from a new ally, the savvy dachshund Liberty. Together, armed with exciting new gadgets and gear, the PAW Patrol fights to save the citizens of Adventure City.

Click here to book your tickets for Paw Patrol: The Movie.

Want to introduce your children to the exciting world of cinema? Then get involved with Movies For Juniors, our discounted weekly screenings of kids films at Cineworld Cinemas. Adults must be accompanied by children. From just £2.50 choose from our selection of lively kids movies, from animated films to live-action features. Premium Movies For Juniors are previously unreleased, new films at a family-friendly price - from £5.50 at many cinemas.

Click here to discover the latest Movies for Juniors screenings.

Don't forget that adults pay kids' prices with our special family ticket. Click here to find out more about the Cineworld family ticket. 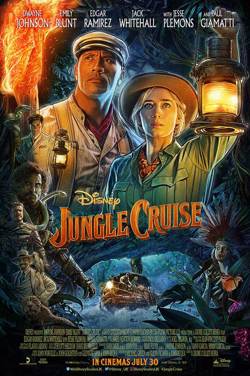