This year's BFI London Film Festival has come to an end, and it's showcased a broad range of exciting films. Under the direction of festival director Tricia Tuttle, this year's line-up spanned continents, gender boundaries and identities, bringing us films that were variously inspiring, saddening and hilarious.

Of course, any film festival portends talk of the Oscars, even in this crazy year. The 93rd Academy Awards have been pushed back to April 2021 (at the time of writing), owing to the COVID-19 pandemic. And on that note, here are some top tips about the stars who could potentially clean up in next year's best actor and actress fields.

Veteran British actor Shaun Parkes has popped up in all manner of stuff, from blockbusters such as The Mummy Returns to TV hits such as Line of Duty, But he's never been given as meaty a role as the one in Mangrove. It's the first instalment in director Steve McQueen's Small Axe anthology of movies, each exploring the legacy of institutional racism and prejudice in the UK. These will be shown on the BBC throughout November and December 2020, although one can hope for some kind of theatrical presentation that will potentially favour a nomination for Parkes.

Mangrove is especially politically charged, bringing us the remarkable true story of the Mangrove Nine. These were a group of black London protesters who successfully brought a charge of racism against London's Metropolitan Police Force. It was a landmark case and McQueen, director of 12 Years a Slave, does it justice. But it's Parkes' ability to convey tenacity and justice in the face of appalling odds that puts a human face on it. He plays Frank Crichlow, owner of the eponymous Mangrove restaurant, and a man subject to regular reacial harassment from London's police officers. Parkes' powerful performance, beaten down, despairing but resilient, deserves all the awards attention it can get.

Frances McDormand already has two Oscars to her name. These came for two wildly contrasting performances: kindly police officer Marge Gunderson in the Coen brothers' Fargo, and the ferociously vengeful Mildred in Three Billboards Outside Ebbing, Missouri. One might think that McDormand is unable to top her towering career achievements so far. And then along comes Nomadland to take our breath away.

It's the latest movie from The Rider director Chloe Zhao, who once again criss-crosses fictional drama with documentary to almost imperceptible effect. Into this she drops McDormand as a fictional character, Fern, who is left rudderless after the death of her husband. She takes to living in a van, travelling across America in a nomadic existence and interacting with real people (as it, not actors but actual communities of nomadic individuals) along the way.

McDormand's performance is resolutely not one of histrionics or melodrama. It's fiercely controlled, the slightest twitch of the eye or curl of the lip suggesting a tempest of emotion beneath the surface. Fern is by turns fiercely closed off and also emotionally generous, a 21st century frontier explorer whose future is uncertain. McDormand magnificently grounds the movie, and it's highly likely another Oscar nomination is coming her way.

Director Francis Lee's Ammonite is a period romance that re-imagines the encounter between two real-life women. Self-taught, lower-class paleontologist Mary Anning is at the centre of the drama, which explores Anning's unthawing relationship with melancholic upper-class woman Charlotte Murchison. The two women were friends in real life but Lee has admitted "this is not a biopic". Rather, it's a speculative account with elements of truth ready to be unearthed, like the fossils scattering the Lyme Regis beaches at the story's heart.

Winslet is superb as Anning, appropriately calcified by years of hardship and neglect by the male-dominated world of geology, which has consistently failed to appreciate her talents. Winslet's slow-burn chemistry with Saoirse Ronan, as Murchison, shows us a steady chipping away of a solid, impenetrable exterior. The two actors do a superb job with relatively little dialogue, initially suggesting the movie from frostiness to companionship with little more than a sideways glance or the touch of a hand. Oscar-wise, it's tempting to see this as a two-hander between Winslet and Ronan. However, it is centrally Anning's story, and given Ronan's recent nomination for Little Women, it may well play to Winslet's advantage. She is a prior recipient of Best Actress, for Holocaust drama The Reader, so can she make it a twofer?

In Ammonite, however, she's a far warmer and more compassionate figure. Where we expect her character Elizabeth Philpot to cast judgment on the introverted and dour Anning, like so much of the local Lyme Regis community, she in fact does the opposite. Elizabeth's backstory with Anning is eventually teased out in one of the film's most moving scenes, a genuinely powerful moment of reconciliation and solidarity that shows there is still kindness in the world. It's a small role for Shaw, but a significant one, and if she were to get a Supporting Actress nomination, it would be well deserved.

5. Mads Mikkelsen – Another Round

Few actors can convey soul-crushing melancholy like Mads Mikkelsen. Not just the Bond villain who tormented Daniel Craig with rope in Casino Royale, Mikkelsen is one of Denmark's greatest acting exports. He's fashioned a strong working relationship with the country's Thomas Vinterburg, and they're back at it with the mordantly funny Another Round.

Like the earlier Vinterburg/Mikkelsen collaboration The Hunt, this peels away the veneer of ostensible normality. Mikkelsen plays one of four middle-aged friends, all school teachers, who decide to test a hypothesis. Can they incorporate escalating amounts of alcohol into their daily lives without it becoming disruptive? The journey towards finding out is fraught with all manner of guilty secrets and hedonistic boozing, but it's all located in Mikkelsen's quietly unravelling performance as Martin. An early dinner scene is genuinely devastating for showing the vulnerability lurking beneath the taciturn exterior. Another Round won the Audience Award at this year's LFF, which will no doubt boost its profile as far as Oscars and other awards are concerned. Mikkelsen has yet to score his first Oscar nomination, but this could be it.

6. Kingsley Ben-Adir – One Night In Miami

Here's a rising UK star to keep an eye on, particularly if the Oscars come calling. Kingsley Ben-Adir is perhaps best known for appearances in TV shows such as The OA, Peaky Blinders and High Fidelity. However, he's already portrayed Barack Obama in recent miniseries The Comey Rule, and if that wasn't enough, he now steps into the shoes of controversial activist Malcolm X in One Night In Miami.

The movie is adapted by Kemp Powers from his own stage play and is a brilliantly accomplished feature film debut from actor Regina King: warm, witty and insightful. The movie imagines a motel room get-together between a quadrant of African-American icons: in addition to Malcolm X, we've got musician Sam Cooke (Leslie Odom Jr.), football star Jim Brown (Aldis Hodge) and legendary pugilist Cassius Clay (Eli Goree), soon to become an Islamic convert known as Muhammad Ali. Within that impressive ensemble, Ben-Adir's ability to humanise a black icon, making it less about the rhetoric and more about the vulnerable person underneath, is never less than engrossing. Malcolm X has already been defined by Denzel Washington; to redefine him for a new generation is a stunning achievement. Whether the ensemble cast cancels out individual actor nominations remains to be seen, but Ben-Adir is magnetic enough to warrant the attention.

Author Shirley Jackson led a famously turbulent life, which she channelled into the prickly, creepy content of her groundbreaking supernatural stories. Jackson is perhaps most famous for The Haunting of Hill House, adapted many times for the big and small screen. And yet there's been relatively little biographical attention in terms of movies. As one of the pioneers of mid-20th-century horror fiction, Jackson is overdue her own movie.

Offbeat biopic Shirley now steps in, looking at how the erratic Jackson and her academic husband entrap a younger couple in their macabrely funny mind games. The movie has generated controversy: Jackson's own family say it misrepresents her. However, Elisabeth Moss's performance never puts a foot wrong. Not only does she look like the subject (never a bad thing in a biopic), but she suggesting that whirring motor of a brain that led to so many groundbreaking tales. Moss has yet to land her first Oscar nomination, and given this movie is largely driven by her mercurial star turn, we imagine one will be coming up.

Stanley Tucci is often one of those actors who quietly steals the show from the sidelines – think The Devil Wears Prada, or his Oscar-nominated role in The Lovely Bones. To see him in a leading performance is an all-too-rare treat, which is why Supernova is such a delight.

Tucci shares the screen with Colin Firth as one half of a gay couple suffering from early onset dementia. The two longtime lovers then hit the UK roads in a camper van, travelling through the Lake District en route towards reconciliation and inevitable tragedy. Tucci's character Tusker is a devotee of astronomy, which gives his destiny and life-story an appropriately mysterious and celestial sweep. Director Harry McQueen coaxes sensitive performances from both actors, but Tucci has the advantage, given that Tusker's illness is the crux of the storyline, and therefore more likely to curry favour with Oscar voters. 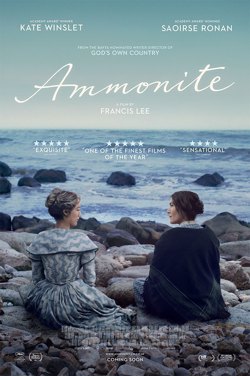