A video game adaptation is a difficult thing. While both gaming and movies continue to be two of the biggest entertainment forms in the world, mixing them together for the purposes of big screen entertainment is tricky.

The latest of these is Sonic the Hedgehog, which arguably has tried harder to be faithful to the original Sega franchise. After the initial trailer featuring the speedy blue hedgehog was released, the backlash was so great, the filmmakers went back to the drawing board and redesigned, the character something that has never happened before.

The end result: a Sonic that more closely resembles the character from the games, who’s set to go head to head with Jim Carrey’s Dr. Robotnik. In anticipation of the movie’s release, we thought it’d be fun to revisit five video game movies that deserve more love.

Click here to book your tickets for Sonic the Hedgehog, opening in Cineworld cinemas on the 14th of February. Got a favourite video game movie of your own? Let us know @Cineworld. 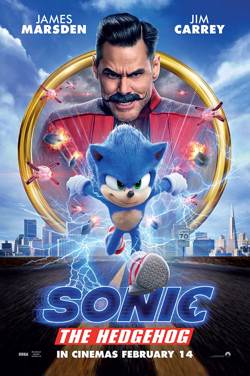