Looking for movies that can entertain the whole family? We've got you covered at Cineworld with a whole host of October half term treats. Scroll down to discover what's on and when.

Twentieth Century Studios and Locksmith Animation’s Ron’s Gone Wrong is the story of Barney, a socially awkward middle-schooler and Ron, his new walking, talking, digitally-connected device, which is supposed to be his ‘Best Friend out of the Box.’ Ron’s hilarious malfunctions set against the backdrop of the social media age, launch them into an action-packed journey in which boy and robot come to terms with the wonderful messiness of true friendship.

Click here to book your tickets for Ron's Gone Wrong.

Everyone’s favorite spooky family is back in the animated comedy sequel, The Addams Family 2. In this all new movie we find Morticia and Gomez distraught that their children are growing up, skipping family dinners, and totally consumed with “scream time.” To reclaim their bond they decide to cram Wednesday, Pugsley, Uncle Fester and the crew into their haunted camper and hit the road for one last miserable family vacation. Their adventure across America takes them out of their element and into hilarious run-ins with their iconic cousin, It, as well as many new kooky characters. What could possibly go wrong?

Click here to book your tickets for The Addams Family 2.

In the sequel to DreamWorks Animation’s Oscar®-nominated blockbuster comedy, the Templeton brothers—Tim (James Marsden, X-Men franchise) and his Boss Baby little bro Ted (Alec Baldwin)—have become adults and drifted away from each other. Tim is now a married stay-at-home dad. Ted is a hedge fund CEO. But a new boss baby with a cutting-edge approach and a can-do attitude is about to bring them together again … and inspire a new family business.

Click here to book your tickets for The Boss Baby 2: Family Business.

After three centuries, three witch sisters are resurrected in Salem, Massachusetts on Halloween night, and it is up to two teenagers, a young girl, and an immortal cat to put an end to their reign of terror once and for all.

Click here to book your tickets for Hocus Pocus.

An orphaned boy enrolls in a school of wizardry, where he learns the truth about himself, his family and the terrible evil that haunts the magical world.

Click here to book your tickets for Harry Potter and the Philosopher's Stone.

Want to introduce your children to the exciting world of cinema? Then get involved with Movies For Juniors, our discounted weekly screenings of kids films at Cineworld Cinemas. Adults must be accompanied by children. From just £2.50 choose from our selection of lively kids movies, from animated films to live-action features. Premium Movies For Juniors are previously unreleased, new films at a family-friendly price - from £5.50 at many cinemas. Remember that with our family ticket, adults pay kids’ prices, groups of four with up to 2 adults. Current movies for Juniors: Paw Patrol, Spirit Untamed and Space Jam: A New Legacy.

What will you be watching as a family during the October half term? Let us know @Cineworld. 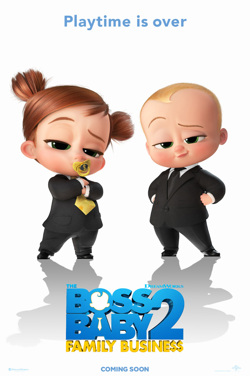