In your latest instalment of our movie trailer round-up, we're looking ahead to some of the exciting movies scheduled for release soon.

This week we have Tom Holland sci-fi adventures, cartoon adaptations and knockabout comedies. Scroll down to find out more. (Movie release dates are correct at the time of writing.)

Author Patrick Ness adapts his own young adult bestseller The Knife of Never Letting Go, translating it into a star-packed dystopian adventure. The Bourne Identity's Doug Liman helms this story of New World, a distant planet populated entirely by men. Or so it seems.

When brave youngster Todd (Spider-Man's Tom Holland) discovers young woman Viola (Star Wars' Daisy Ridley), it prompts conflict between New World's male inhabitants. It turns out Viola is the only person on the planet who is unaffected by Noise, an all-consuming force that allows the men to hear each other's thoughts.

This prompts Todd and Viola to go on the run, while the cruel Prentiss (Casino Royale's Mads Mikkelsen) seeks to discover her secret. The Knife of Never Letting Go was first published in 2008 to critical acclaim and popular success, blending futuristic thrills with a thoughtful study of gender parity.

With Holland and Ridley in the central roles, fingers crossed we'll get two charismatic heroes to root for, all the while as Liman and Ness unfurl the strange environment of New World.

Remember those childhood days spent curled up watching Hanna Barbera icons Tom and Jerry? Well, prepare to relive those glory days as the warring cat and mouse duo make the jump onto the big screen.

Tom and Jerry: The Movie mixes live-action with cartoon animation, as human characters like Chloe Grace Moretz's Kayla find themselves mixed up in a chaotic adventure. Fantastic Four's Tim Story directs and nostalgics are sure to get a kick out of the presence of original voice actors William Hanna, Mel Blanc and June Foray. (Their voices are integrated via archive footage while Aladdin and Transformers artist Frank Welker puts his own spin on both Tom and Jerry.)

Ever since her breakout role in Bridesmaids (for which she received an Oscar nomination), Melissa McCarthy has ascended to the top of the Hollywood comedy tree. Following her critically acclaimed, dramatic reversal in Can You Ever Forgive Me?, she's back to give our ribs another workout in Superintelligence.

As usual, McCarthy is playing someone utterly out of their depth, her character Carol having inherited an all-powerful artificial intelligence. Thing is, this supercomputer happens to be voiced by James Corden, and he wants to take over the world.

An adorable, oversized labrador takes centre-stage in this live-action/CGI adaptation of Normal Bridwell's bestselling book series. Who can resist a good mutt flick? 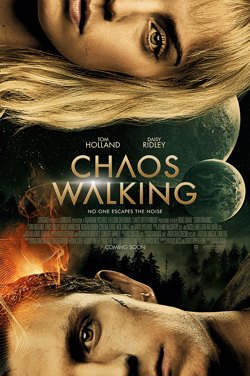