Stow away your dalmatians and break out those glad rags because Disney's Cruella movie is getting a sequel, reports Deadline. Emma Stone has received terrific reviews for her suitably OTT take on the classic Disney villain, and now that the movie has opened to an impressive $26.5 million at the US box office, news of a follow-up has started to escalate.

The first Cruella movie focuses on the title character's rivalry with the fiendish Baroness (Emma Thompson), resulting in a game of brinkmanship that's amusing, poignant and laced with killer outfits. At this stage, story details are yet to be confirmed (as is Stone's involvement), but it's expected that director Craig Gillespie and screenwriter Tony McNamara will return.

Said Disney: "The film has been incredibly well received by audiences around the world, with a 97% Audience Score on Rotten Tomatoes in addition to A’s in every demographic from CinemaScore on opening weekend, ranking it among the most popular of our live-action reimaginings. We look forward to a long run as audiences continue to enjoy this fantastic film.”

Both Stone and Thompson have said they're open to the idea of a sequel. Specifically, one that operates in the manner of The Godfather: Part II, acting as both a prequel and a sequel at the same time. If the rivalry between the Corleone family members was bad, we can't wait to see how Cruella and the Baroness escalate things.

Has this news made you want to see the movie again? Then click here to book your tickets for Cruella and tweet us your reaction to the news @Cineworld. 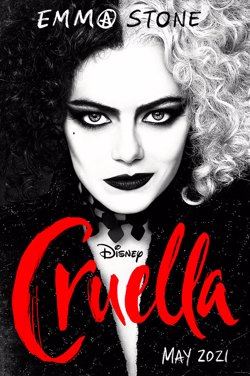