Looking to catch up with some all-time classics in Cineworld? We've got you covered. Scroll down to find out more.

Stanley Kubrick's searing examination of gang violence, free will and the enduring influence of Ludwig van Beethoven positively gleams in its lustrous new 4K restoration. Don't miss the chance to catch this provocative British classic on the big screen, a film that showcases a chilling, unforgettable performance from Malcolm McDowell.

Click here to find out more about A Clockwork Orange.

2. The Lord of the Rings trilogy 4K re-release (24th September)

Peter Jackson's gargantuan fantasy saga rewrote the rulebook on blockbuster cinema. Rekindle the magic all over again with the re-issues of The Fellowship of the Ring (2001), The Two Towers (2002) and The Return of the King (2003) back on the big screen where they belong, and you can opt for the overwhelming, immersive IMAX presentation.

Click here to find out more about the Lord of the Rings trilogy.

Excited about Denis Villeneuve's forthcoming adaptation of Dune? We're allowing fans of Frank Herbert's 1965 novel to revisit David Lynch's cult adaptation, one that continues to sharply divide opinion. But there's also much to champion in the 1984 version of Dune...

It's time to brush up on your horror movie trivia as the Ghostface killer returns to stalk the big screen. Wes Craven's witty, post-modern slasher classic is getting a quarter-century re-issue, propelled by Kevin Williamson's smart alec screenplay and a bright young cast of 1990s stars including Neve Campbell, Courteney Cox and Drew Barrymore.

Yes, it's true – it was 20 years ago when we took our first steps into the Hogwarts School of Wizardry. Try not to feel too old as the very first Harry Potter movie returns to charm and enchant in equal measure, acting as our delightful introduction to Daniel Radcliffe's titular boy wizard.

Click here to find out more about Harry Potter and the Philosopher's Stone.

Which of these movies will you be watching in Cineworld? Maybe all of them? Let us know @Cineworld. 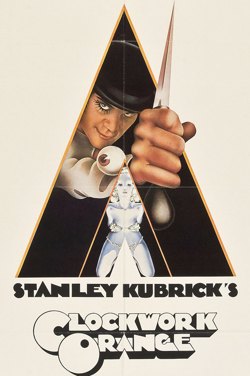