The BFI London Film Festival gets underway on 6th October, and as ever acts as a barometer of forthcoming Oscar success. Scroll down for more details on five upcoming movies that could triumph at the Academy Awards.

Whip pans, crash zooms, changing aspect ratios, colour visuals, black and white visuals, and a general air of quirky artifice – it can only be the world of Wes Anderson. The Oscar-winning confectioner behind The Grand Budapest Hotel returns with another irresistibly odd, multistranded story, one that focuses on a group of ex-pat American journalists in a fictional French town.

Each of the writers’ stories expands to take up a section of the film’s narrative, each lusciously filmed and adorned with a sterling cast including Timothee Chalamet, Frances McDormand, Jeffrey Wright, Benicio del Toro, Tilda Swinton, and Anderson favourite Bill Murray. Grand Budapest was an Oscar-winning triumph – can Anderson repeat the trick?

Jackie director Pablo Larrain’s characteristically eccentric and eerie account of Diana Spencer’s break-up from Prince Charles will likely confound those used to the soapy antics of The Crown. But critics say it’s this very weirdness that is key to the film’s impact, drawing us into Diana’s discombobulated and fractured mindset, as she spends one pivotal Christmas at Sandringham while fielding press speculation about the state of her marriage.

Key to the film’s resonance is a disquieting and authentic Kristen Stewart, who leaves Twilight behind forever with her empathetic and acutely observed turn as the royal princess at the centre of a very British maelstrom. Will this be the moment where Stewart officially gravitates to Oscar-winning character actor par excellence?

There are two big-screen Will Smiths: the likeably fast-talking star of Independence Day and Men in Black, and the earnest, give-me-an-Oscar actor present in the likes of Ali. Smith has yet to convert a nomination into gold (he’s been recognised twice), but critics have praised his role in King Richard.

He plays Richard Williams, the tenacious, hard-driving father of two young tennis players named Venus and Serena. Smith’s ability to convey both the hard edges and inner vulnerabilities of the man who spearheaded one of tennis’ most famous families has been cited as a career high. Is it finally his turn to claim the Academy Award?

Kenneth Branagh has been eclectic with his directorial choices of late, skipping from Marvel blockbusters (Thor) to Agatha Christie adaptations (Murder on the Orient Express; the forthcoming Death on the Nile) and family-friendly adventure (Artemis Fowl). His latest outing, Belfast, promises to be far more personal and deeply felt than any of those just cited, a tender, black and white rumination on the filmmaker’s own 1960s childhood spent amidst the Troubles.

5. The Tragedy of Macbeth

Joel Coen, one half of the Coen brothers, splits from his brother Ethan to adapt Shakespeare’s portentous and toiling ‘Scottish play’. The saga of the power-hungry Macbeth and his Machiavellian wife Lady Macbeth has been adapted many times for cinema before, but the stark, monochrome cinematography of this adaptation has been lauded for its atmospheric impact. (One senses the impact of Orson Welles’ adaptation from the 1940s.)

Giving the text ballast and authenticity are two powerhouse performers: Oscar winners Denzel Washington and Frances McDormand, who, critics say, pull us inexorably into an enduring story of love, loss and betrayal.

Which of these movies do you think will triumph at the Oscars? Let us know @Cineworld. 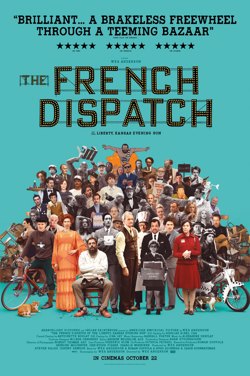